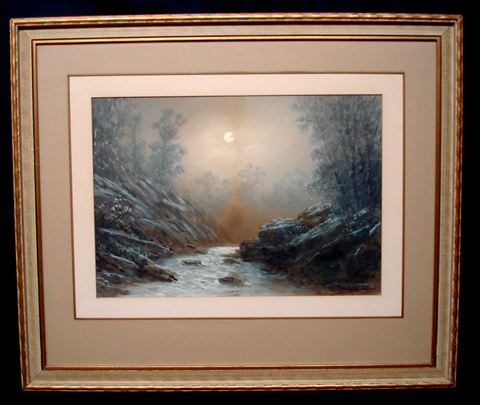 Robert Burns Wilson, American painter and poet, was born in Parker, Pennsylvania in 1850. In his teens, he moved to Pittsburgh and with little formal training became a self-taught painter and poet. Wilson eventually traveled to and settled in Frankfort, Kentucky, where he achieved his greatest fame. In 1901, Wilson married Anne Hendrick, daughter of General William J. Hendrick, a former Attorney-General of Kentucky, during a visit to New York. Wilson moved from Kentucky to New York in 1904, and died there in 1916.