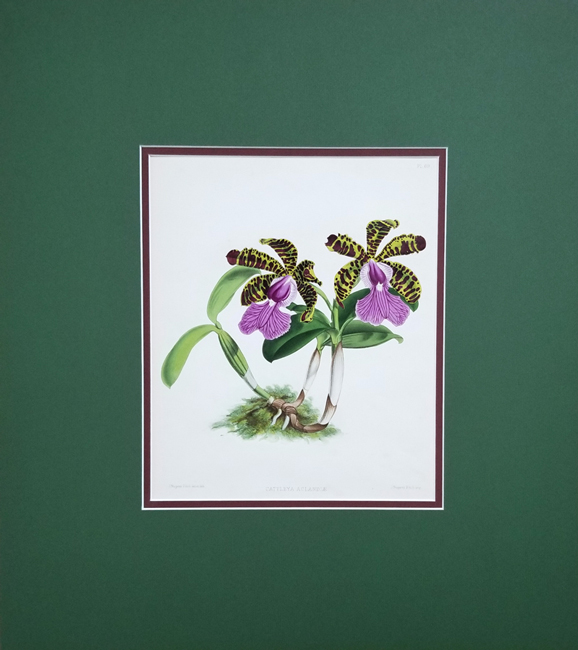 The Orchid Album was an important 19th century work comprising of 528 hand colored plates in a series of 11 volumes, published periodically from 1882-1897. Orchids were all the rage in late Victorian England and on the continent and several orchid societies thrived. The selection of orchids is largely based on the discoveries made during the 19th century in the wild, and offers an unparalleled record of all the best orchid varieties before the impact of the captive bred orchid hybrids. The Orchid Album was illustrated by the master illustrator of orchids, John Nugent Fitch (1840-1927), and the editors were Robert Warner and Thomas Moore.