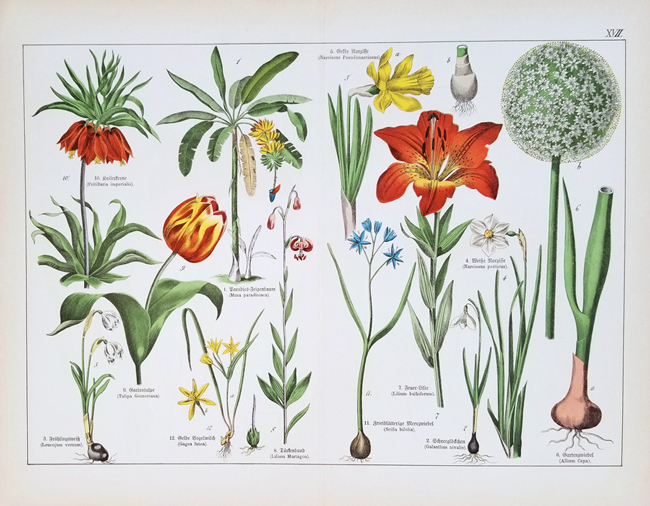 Gotthilf Heinrich von Schubert was a doctor, natural scientist, and writer. He gave up his medical practice in 1805, preferring to attempt an academic career. He studied geognosis, mineralogy, animal magnetism, clairvoyance and dreams, later becoming professor of natural history at Erlangen. There he lectured on the subjects of botany, geognostics, mineralogy, and forest science. In 1827 Schubert became professor of general natural history in Munich. Among his scientific writings, he authored Naturgeschichte des Teirreichs, a large picture atlas on natural history, addressing topics such as Shells, Fish, Mammals, Turtles, and Butterflies, and Naturgeschichte des Pflanzenreichs, a picture atlas of natural history addressing plants. The plates were after drawings from the most outstanding artists of the day.
Prints from this publication feature vivid coloring