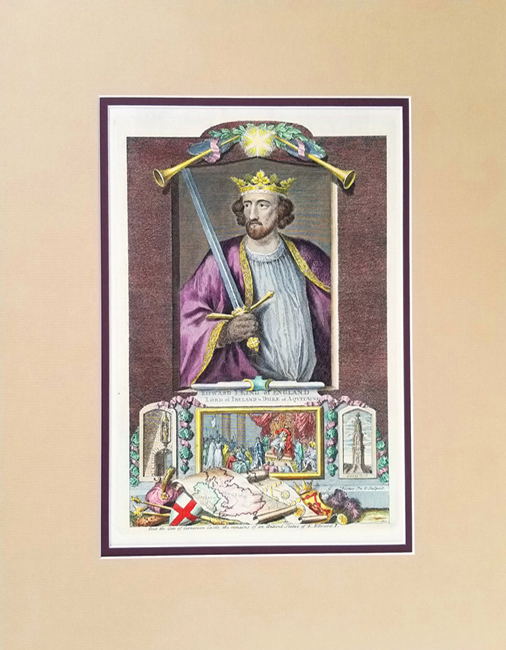 George Vertue was born in St Martins-in-the-Fields, London, in 1684. He later studied and worked under Michael Van Der Gucht. In 1711, Vertue became a founding member of the Academy of Painting, which was instituted by Sir Godfrey Kneller. Engraving the designs of Kneller, Vertue came to the attention of the Society of Antiquaries, and in 1717 was appointed its first Draughtsman and Engraver. Much of Vertues work from that time on was commissioned by the Society. As early as 1713, he began his research on all matters connected with the history of British art, later being published under the title of History of the Arts in England. This, along with his other valuable research and writings, was purchased by Horace Walpole and formed the basis of his Anecdotes of Painting in England. Vertue died in 1756, and was buried in the cloisters of Westminster Abbey. These are early portrait prints of English Kings, with later hand coloring.