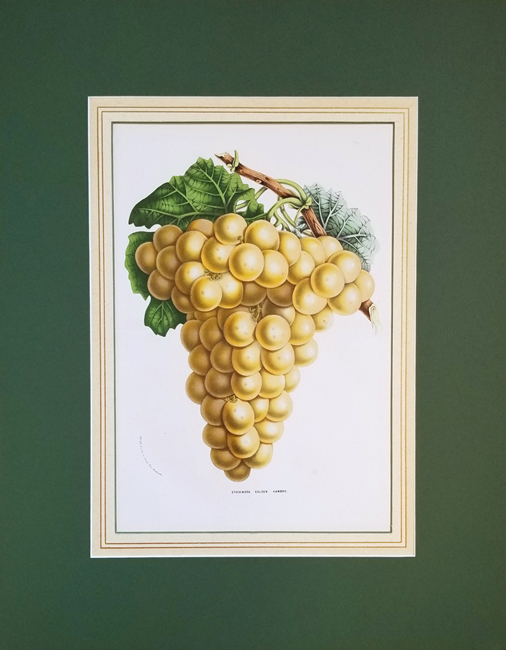 Louis Benoit van Houtte, Belgian horticulturist, was born at Ypres on June 29, 1810, and died at Ghent May 9, 1876. He was associated with the Jardin Botanique de Brussels from 1836 to 1838. In 1839, after an expedition to Brazil, he went to Ghent where he founded the Ecole d’Horticulture and the horticultural journal Flore des serres et des Jardins de Europe. Flore des serres was an extensive work with over 2000 colored plates. It contained 23 volumes published from 1845 to 1883, some released after his death. He also established a nursery there with managing partner, nurseryman Adolf Papeleu. Van Houtte’s knowledge of botany, his commercial aptitude and language skills made the establishment very successful. In 1845, he began sending out plant collectors to bring back orchids and other exotic plants from South and Central America. His company propagated many plants for European greenhouses. The first Victoria to be cultivated on the Continent grew there in a specially built greenhouse, and the first confirmed water lily hybrid, N. Ortgiesiano-rubra, was created there by Eduard Ortgies. By 1870, Van Houtte owned the most flourishing nursery in Belgium, with an area of 14 hectares and 50 greenhouses. After he died in 1876, his son continued the business.