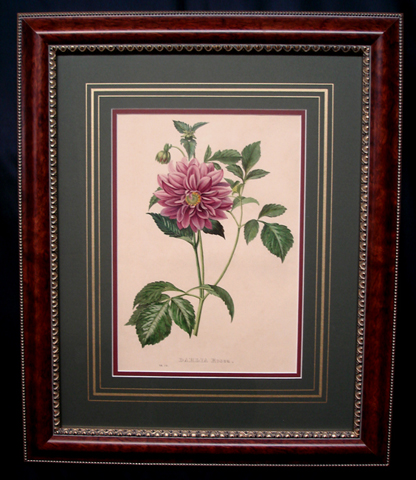 Pierre Van Geel produced the lithographs for this publication, “Sertum Botanicum”, in 1828 from the drawings of G. Severyns. The publication contained 600 illustrations, the majority of which were ornamental flowering plants recently introduced into cultivation. Unlike most artists of the day who relied mainly on specimens brought to Europe by overseas expeditions, few artists such as Van Geel, ventured abroad to study many of the more exotic flowers, including tropicals, that were up until then rarely captured on paper.

Prints from this publication are very rare, and feature excellent original hand coloring.