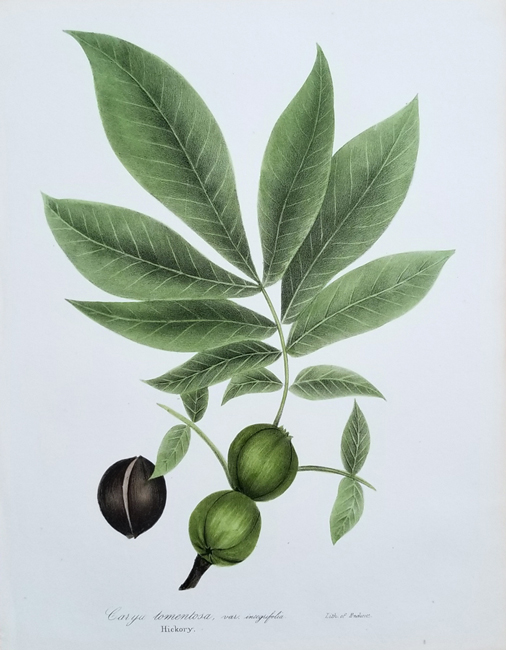 John Torrey, 1796-1873, was an American botanist and chemist who later served as Professor of Chemistry at the MD College of Physicians and Surgeons, and Professor of Chemistry and Natural History at Princeton. From 1853 he was chief assayer in the U.S. assay office in New York, and in 1860 his herbarium was presented to Columbia, then in 1899 it was transferred to the New York Botanical Garden. Torrey was also a founder of the New York Academy of Sciences and of the Torrey Botanical Club. The Flora of New York State was the largest and most important of his works, with beautiful hand colored botanical plates illustrating plants native to New York State.