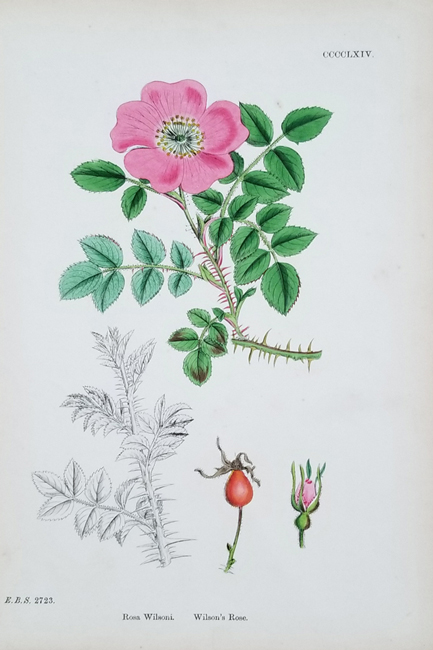 James Sowerby (1757-1822) was an English naturalist and illustrator. Contributions to published works, such as “A Specimen of the Botany of New Holland” or “English Botany”, include his detailed and appealing plates. The use of vivid color and accessible texts were intended to reach a widening audience in works of natural history. James Sowerby was born in Lambeth, London, his parents were named John and Arabella. Having decided to become a painter of flowers his first venture was with William Curtis, illustrating his “Flora Londinensis”. Sowerby studied art at the Royal Academy and took an apprenticeship with Richard Wright. He married Anne Brettingham De Carle and they were to have three sons, James De Carle Sowerby (1787-1871), George Brettingham Sowerby I (1788-1854) and Charles Edward Sowerby (1795-1842). The Sowerby’s were a family of naturalists; his sons and theirs were to contribute to and continue the enormous volumes he was to begin, and the Sowerby name was to remain associated with illustration of natural history.