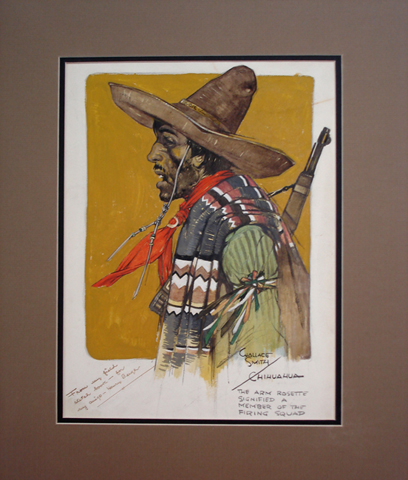 Wallace Smith (1888-1937) American illustrator, journalist and author. Little is known about Smith today; he was a reporter/journalist alongside Ben Hecht in early 20th c Chicago, and achieved some success and notoriety as an illustrator for the drawings published in Hecht’s “Fantazius Mallare”. The book was seized by the government and resulted in a hefty fine against Smith and against Hecht. Smith illustrated other books in the 1920’s, but like Hecht, he chose to move West and try his hand in Hollywood. He wrote some short stories and screenplays but then slipped into obscurity.

This drawing is by Wallace Smith, Listed American artist and illustrator