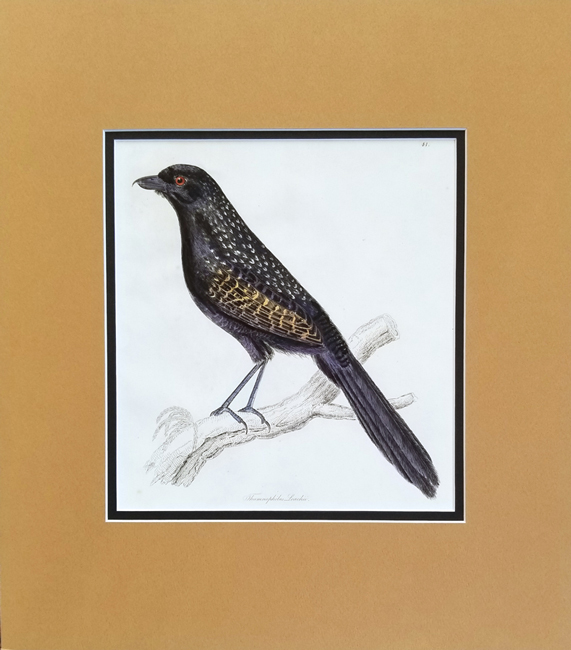 “Illustrations of Ornithology” by Sir William Jardine and Prideaux John Selby. This multi-volume bird book was published in Edinburgh 1826-1843 with drawings by noted artists such as Edward Leer, John Gould, James Stewart and others as well as Jardine and Selby. The splendid hand-colored engravings of exotic birds from around the world were printed on fine John Whatman paper and many have a watermark and date. With this work, Jardine and Selby, prominent ornithologists, set out to describe new and rare bird species. Many specimens were obtained from collectors, agents and friends in their travels; others were found hidden in the collections of a number of great libraries and museums including the British Museum.