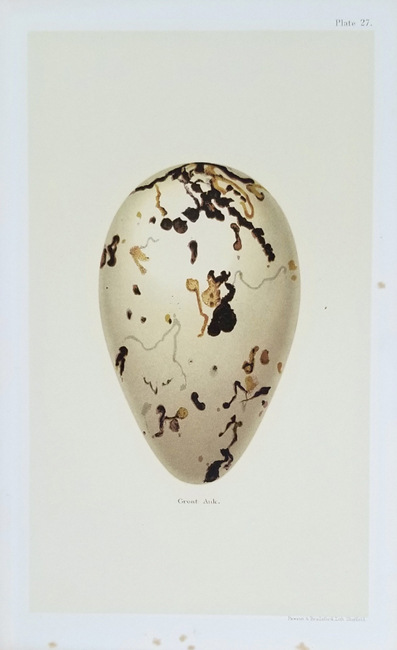 Henry Seebohm, a noted British ornithologist, was born in Bradford, Yorkshire in 1832. He began his studies of biology in the botanical realm, making a collection of British Ferns, however his true passion was ornithology. He was soon traveling abroad, studying various bird species & collecting their eggs. His most notable publication was Coloured Figures of the Eggs of British Birds. Following Seebohm’s death in 1895, the task of completing the editing of this work was left to R. Bowlder Sharpe of the British Museum.