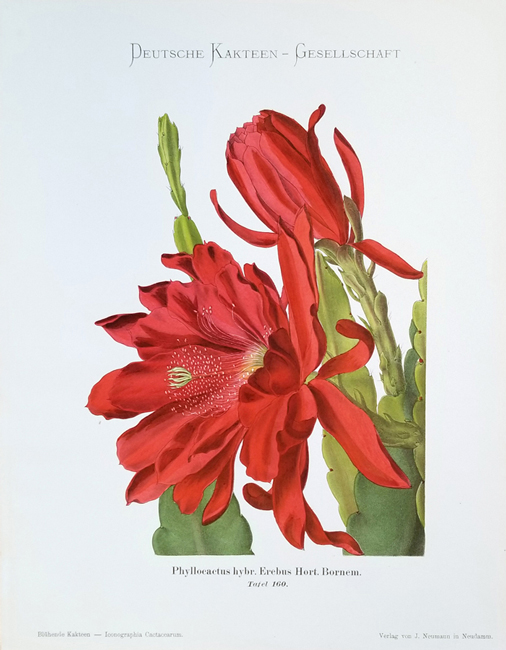 Karl Schumann received his doctorate in botany from the University of Breslau. He was invited to become curator of the Berlin Botanical Museum, and also taught botany at the University of Berlin. In 1892, he founded and served as first chairman of the German Cactus Society (Deutsche Kakteen-Gasellschaft). He made strong contributions to the field of botanical morphology and is credited with describing hundreds, possibly thousands, of new species. Three botanical genera and several cactus species have been named after him.
Max Gurke was an editor whose wife Toni Gurke produced beautifully detailed drawings for Schumann and Gurkes famous work Bluhende Kakteen or Iconographia Cactacearum, published in 1900. This very rare work was issued only once, and contains some of the most beautiful images of cactus ever seen in all of botanical illustration. This three-volume work features almost two hundred flowering cactus species with many from South America.