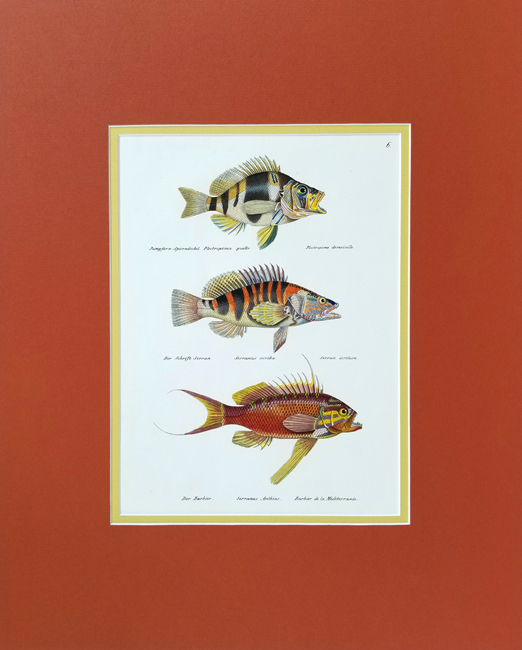 Heinrich Rudolf Schinz was a respected physician and naturalist. Born in Zurich, he studied medicine at Wurzburg and Jena, later returning to Zurich to practice medicine in 1798. In 1804, Schinz became a teacher at the Medical Institute, and in 1833 became professor of natural history at the University of Zurich. He was also curator of the Natural History Society of Zurich. Between 1824 and 1852, Schinz produced a series of illustrated books on natural history, featuring humans, birds, mammals, amphibians, and fish. This publication on fish, called “Naturgeschichte und Abbildungen Der Fische”, was published in Leipzig, Germany in 1836 and was lithographed by Karl Brodtmann, one of the most prominent lithographers of the time.

Prints from this publication are finely detailed, and feature excellent original hand coloring.