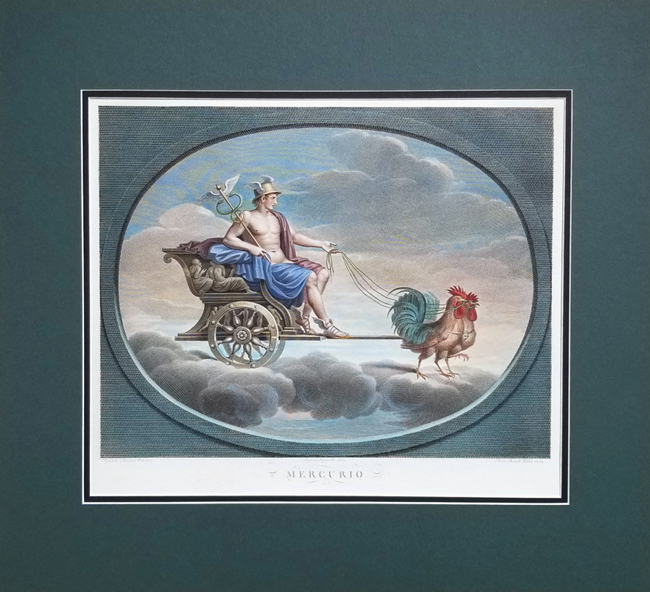 Raffaele Sanzio (or Santi), commonly referred to as Raphael, was born in 1483 at Urbino, in Umbria, Italy. His father Giovanni Santi died in 1494, orphaning Raffaele, who was then placed under the guardianship of his uncle, and began studying art almost immediately. Being extremely talented, he started an apprenticeship at a very young age. Raffaele was considered the most famous of Italian painters and one of the greatest artists of the Italian High Renaissance. He painted countless religious images for which he is highly praised, and for which the Pope held him in high regard. These images made him the Pope’s favorite artist of the day, and earned him the commission of redecorating the Vatican with his famous frescos. As chief archeologist to the Pope, he was involved in the excavation of the ancient House of Nero, where he adapted the elaborate frescos he saw there into his own wall and ceiling designs. His numerous highly detailed and beautiful frescos in the Vatican, as well as in private villas in Rome, are considered the greatest ever produced.Mercury, the messenger god based on the Greek god Hermes, is seated in a chariot pulled by two strutting roosters. He wears a winged helmet and winged sandals, and carries his caduceus.

These prints are very rare published in c 1780, and feature later hand coloring.