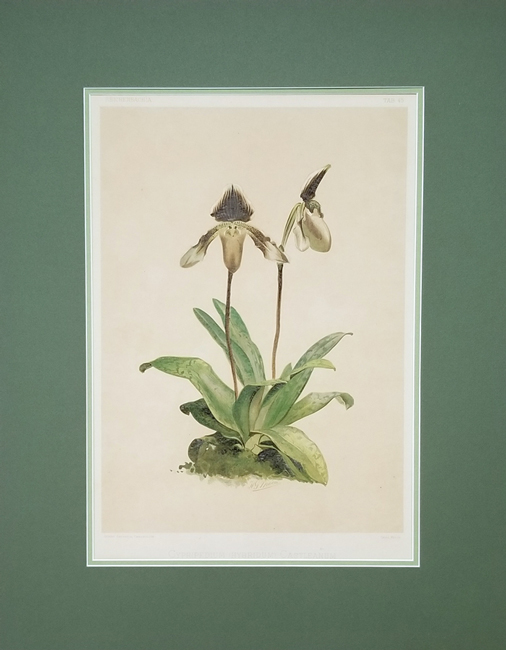 Frederick Sanders began his career in the horticultural industry early and established himself as a learned man in the area of orchids. In 1886, Sanders hired H.G. Moon to create watercolors of his beloved orchids. Joseph Mansell and others then produced chromolithographs of these paintings. Heinrich Reichenbach was a leading authority on orchids during 1865-1889. Descriptions by Reichenbach of the flora represented in these paintings were paired with the large folio chromolithographs to form the renowned “Reichenbachia” published in London in 1892. Each is signed in the lower portion on the image by H.G. Moon.