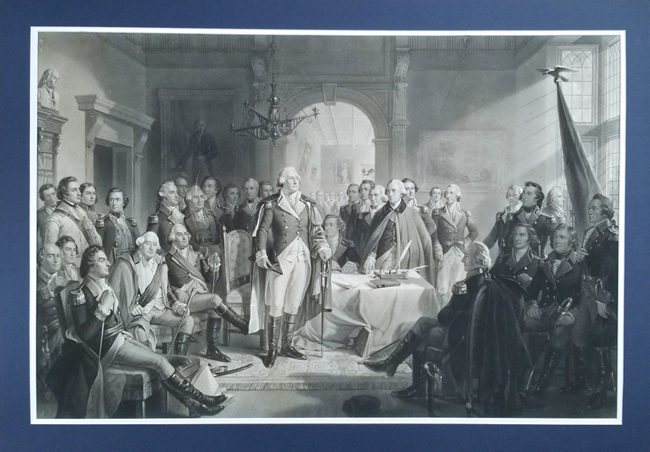 Alexander Hay Ritchie, 1822-1895, was born in Scotland, however he came to the United States in 1841, and a few years later established a successful workshop in New York City. He was widely known as a talented painter and engraver while living in America. His engravings, mezzotints and etchings were chiefly of historical or allegorical subjects, often very ambitious in scale. This print “Washington and His Generals”, after his own painting, is representative of his work.

This print by artist and engraver Alexander Hay Ritchie is rare