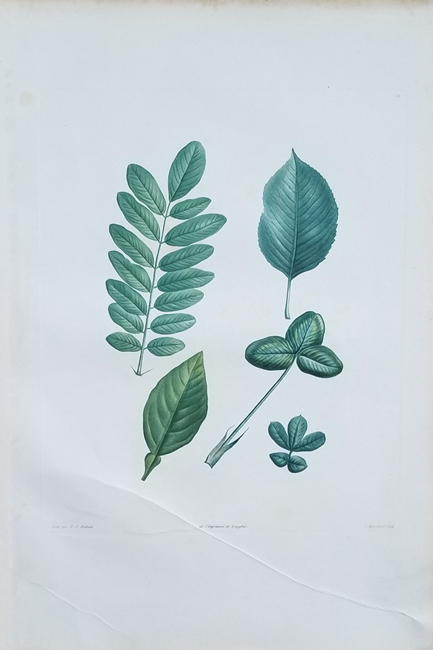 Redoute was a very well known Belgian botanical artist in the 1700 and 1800’s. As a young artist, he became acquainted with the work of Dutch flower painters such as Brueghel, Ruysch, van Huysum and de Heem, and was determined to produce works in the same tradition. Redoute moved to Paris in 1782. The search for subjects led him to the Jardin du Roi and eventually Gerard van Spaendonck who made him an assistant. While at the Jardin du Roi, Redoute came to know Charles-Louis L’Heritier, an amateur botanist and writer of independent means. He gave Redoute a full time job as an illustrator, instructing him in plant anatomy. He greatly influenced Redoute’s work and life. Redoute became a very successful, renowned botanical artist, working for the Empress Josephine as well as serving as official court artist to Queen Marie Antoinette. He was particularly well known for his botanical explorations of roses and lilies, however also produced other paintings purely for aesthetic purposes. Redoute’s understanding of plants contributed greatly to the clarity of his depictions. But it was Redoutes work in stipple engraving and color printing that was to be of the greatest importance. Stippling and the application of two or three color inks to one plate were engraving innovations that Redoute brought to French printmaking.