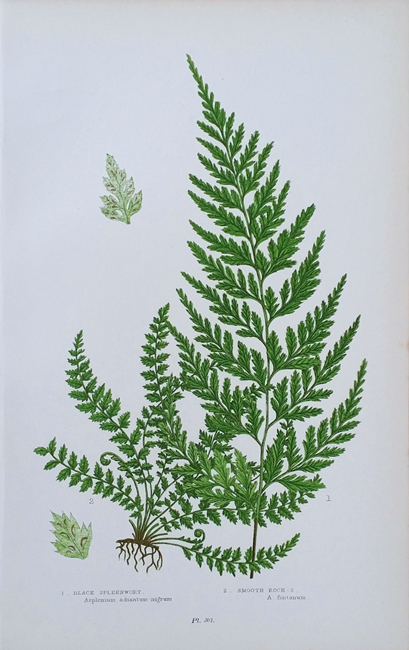 Anne Pratt, a botanical illustrator from Strood, Kent, was one of the best known English botanical illustrators of the Victorian age. The second of three daughters of Robert Pratt (1777-1819), a grocer, and Sara Bundock (1780-1845), she suffered from poor health in her childhood and missed out on most outdoor activities. As a result, she was encouraged to occupy herself by drawing, and was later introduced to botany by Dr. Dods, a family friend. She moved to Brixton, London in 1826 where she developed her career as an illustrator, and although the accurate details of the plants made her one of the finest Botanical illustrators, she never achieved critical acclaim on the grounds that she was self- taught. Anne Pratt authored more than 20 books, always illustrating her own works, including “Wild Flowers”, “Common Things of the Sea-Side”, “Our Native Songsters”, and the most well known “The Flowering Plants, Grasses, Sedges and Ferns of Great Britain”. Anne Pratt’s illustrations, in the spirit of the Victorian Naturalists, successfully merged the study of botany with romantic flower-lore.