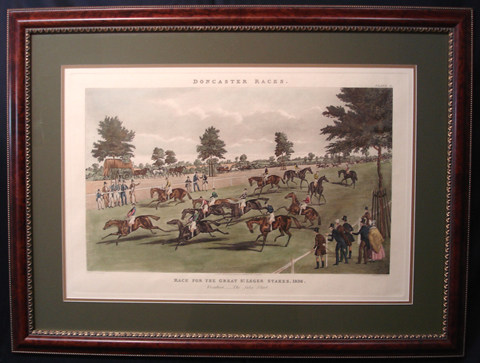 James Pollard was the youngest son of the London engraver and print-seller Robert Pollard. He began work at the age of fifteen as a painter, but quickly turned to engraving as well. In the 1820’s, Pollard’s coaching scenes became both fashionable and lucrative. From 1821 he exhibited a small number of pictures at the Royal Academy and the British Institution, which in turn brought him more patrons. Between 1830 and 1840, Pollard also painted a number of racing pictures as well as some of the earliest steeplechasing scenes. In all of his works, Pollard took great pains over accuracy, particularly in his large scale works.