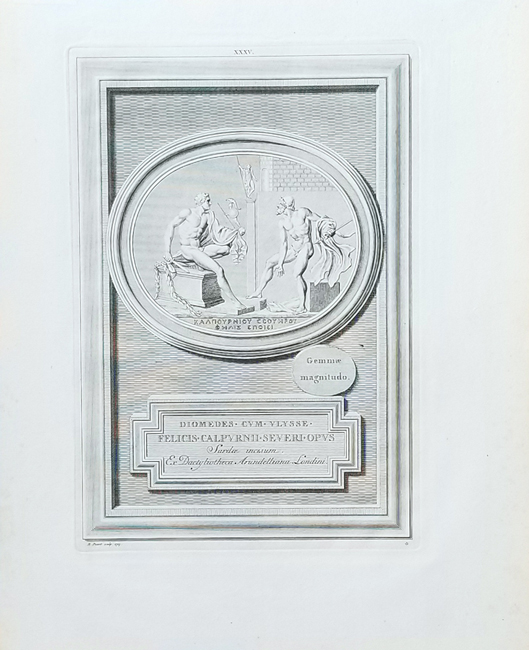 Bernard Picart was an exceptional French eighteenth century engraver. He received his artistic education from his father, Etienne (1632-1721), and from Le Brun and Jouvenet at the Royal Academy. To say that Bernard Picart’s considerable talents developed rapidly would be an understatement; at the age of sixteen he gained honors at the Academy of Paris. He moved permanently to Amsterdam in 1710. At this time this city was a major center for both publishing and printmaking and for the following two decades, Bernard Picart’s fine work placed him as the successor to Romeyn de Hooghe. Picart excelled chiefly in the fields of portraiture, ornamental designs and mythological and religious subjects, both after the old masters and upon his own creation. In the former category he was commissioned for portraits of Philip, Duke of Orleans, Eugene Francois, Prince of Savoy, Don Luis, Prince of the Asturias, Cardinal Jules Mazarin, and Kings Charles I, Charles II, James II, William III and George I. As an ornamental engraver, Bernard Picart designed and engraved plates for numerous books. He also contributed large plates to such famous sets as “Les Impostures Innocentes” (seventy-eight large engravings in imitation of old master engravers), the historically important “Ceremonies Religieuses” (1723-1743), and “The Temple of the Muses” (Neu-Erofneer Musen-Tempel).