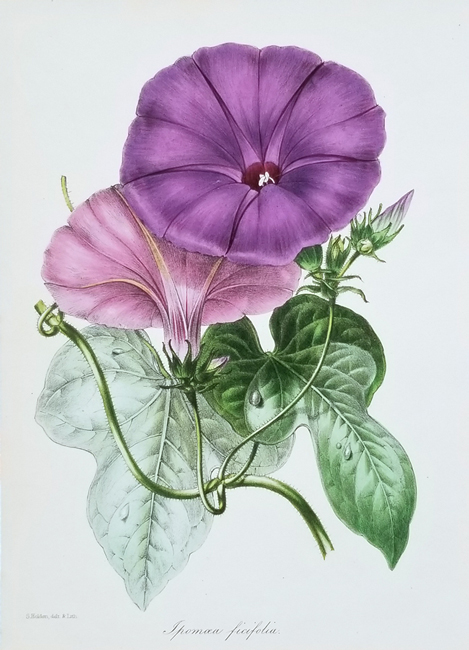 Joseph Paxton was gardener, garden designer and an architect. He is famous for both his horticultural and architectural accomplishments. Born in England in 1803, the son of a farmer, he was apprenticed as a gardener to the Chatsworth estate. In 1826, Paxton became the gardener to the Duke of Devonshire, and in 1832 was appointed Manager to Devonshire’s estates. He designed large greenhouses at Chatsworth, and these later became the basis for his greatest architectural accomplishment, the grand “Crystal Palace”, which was designed for the Great Exhibition of 1850. He also designed many buildings in the public parks of England. From 1834-1849, he published his 16 volume series the “Magazine of Botany”, which is considered the predecessor to today’s horticulture magazines. This magazine has become highly prized for it’s brilliantly colored prints of flowering plants, and also contained a description of each as well as advice for the gardener.