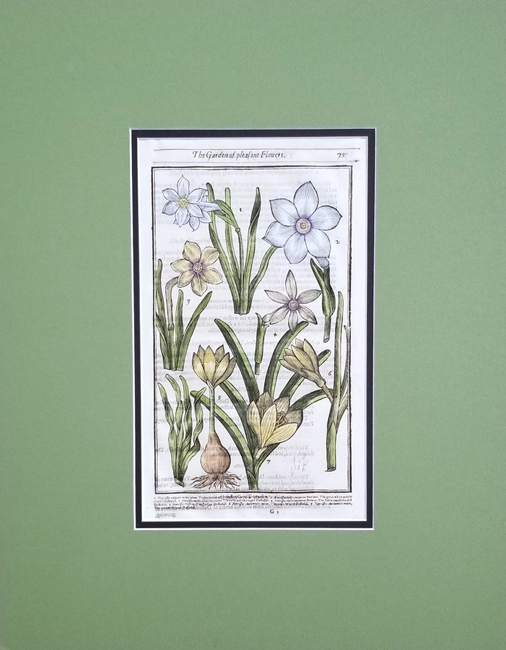 Parkinson was an apothecary and an enthusiastic and skilled gardener. His publication Paradisi in sole Paradisus Terrestris, published in London in 1629, was the earliest work to separately describe and illustrate the flower and vegetable gardens, and the orchard. This work, dedicated to Queen Henrietta Maria, describes nearly 1000 plants and illustrates 780 of them in the 109 full page plates. The woodcut plates were by Switzer, mostly after Clusius and Lobel, and were printed on laid, watermarked paper. Parkinson was appointed Apothecary to James I, and after this publication, Charles I bestowed on him the title of Botanicus Regius Primarius. Parkinsons garden was of considerable size, with a total of 484 types of plants recorded as having been grown there. He is considered one of the most important gardeners of the early 17th Century in England.