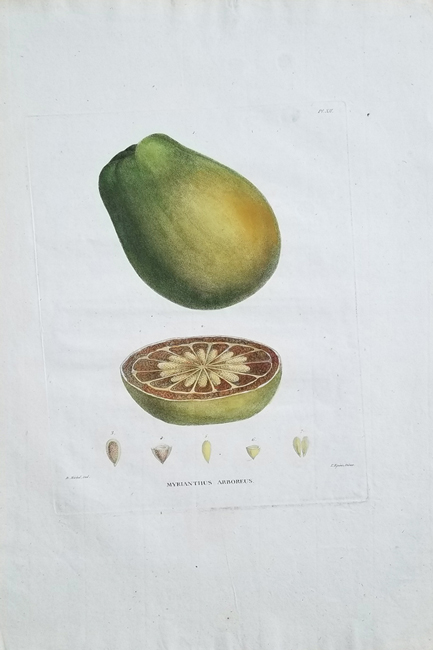 Ambroise Marie François Joseph Palisot, Baron de Beauvois, was a French naturalist who studied both botany and entomology. He collected insects in Oware, Benin, Saint Domingue, and the United States during the period 1786-1797. Palisot published a significant entomological paper entitled “Insectes Recueillis en Afrique et en Amerique”. Together with Frederick Valentine Melsheimer, he was one of the first entomologists to collect and describe a large number of common American insects and also suggested an ordinal classification of insects. He described many Scarabaeidae as well as illustrating them for the first time. After finishing his studies, he was appointed advocate to the parliament of Paris in 1772, and afterward receiver general. He then devoted himself to the study of natural history, especially botany. In 1786 he set out to found a colony at Oware at the mouth of the Niger River, in what is today called Nigeria. Palisot merged specimens from there with collections from neighboring Benin. At intervals he sent material back to France, including the first liverwort specimens to be collected from Africa and sent to Europe. Most of his collection was unfortunately destroyed when the British invaded the colony and razed the trading post where his material was kept.