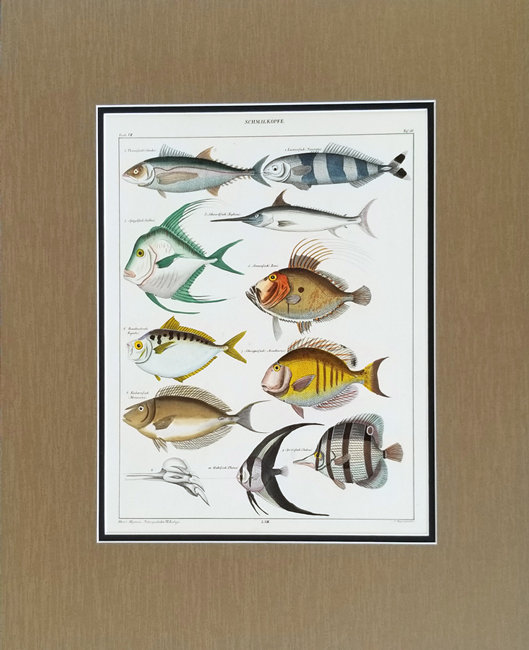 Oken, the son of a farmer, was born with the name Okenfuss, but simplified it while at medical school in Freiburg, Bavaria. He was a German transcendental naturalist, philosopher and physician. From professor of Medicine at the University of Jena, he turned to philosophy and the natural sciences, publishing a controversial journal “Isis” for almost 30 years. The journal was banned and he was obliged to resign from his post of professor. After a short and contentious sojourn as a professor of Physiology at the University of Munich, he became a professor of Natural History at the newly founded University of Zurich, holding this post until his death. Oken was a prolific and vocal writer, lecturer and theorist, publishing many philosophical treatises, however his masterpiece and legacy was this 13-volume publication, the “Naturgeschichte fur alle Stande”, published from 1833-1841.