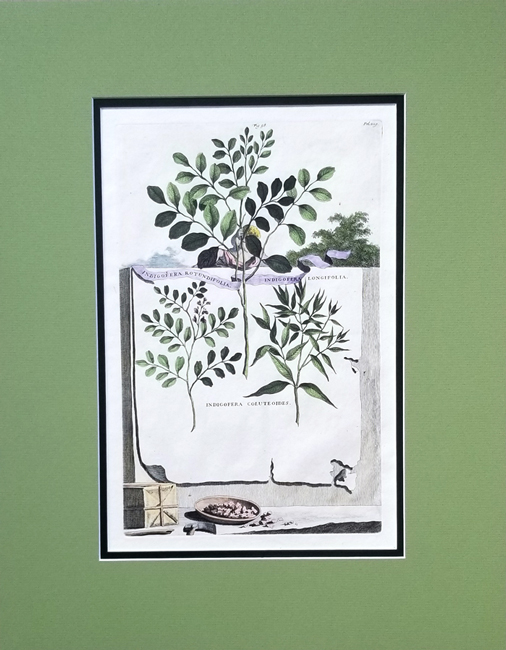 Abraham Munting was a Dutch botanist and botanical artist. He studied medicine and botany as a young man and traveled extensively, living for a time in France. Returning to Holland, he joined the faculty at the University of Groningen, where he remained for 24 years as an eminent professor of botany and chemistry. There he directed one of the most extensive botanical gardens of the period from 1658 to 1683. Munting’s most famous work “Naauwkeurige Beschryving Der Aardgewassen” (1696), was published posthumously and is an enlarged and revised version of his previous book “Waare Oeffening der Planten” (1672, 1682). It was an unusual early florilegium that adopted an original scheme for botanical illustration that now seems surreal; monumental plants fill the foreground or float in midair above idyllic and sometimes classical landscapes in the distance. Some are shown in decorative urns. The Latin names of the species are presented on ribbon-like scrolls or tablets. It is unknown whether the innovative inclusion of landscapes as a backdrop to botanical studies was Munting’s idea or that of the artists who completed this work after his death. Among the prints are trees, shrubs, flowers, and grasses of temperate zones, along with a number of tropical and subtropical plants imported for cultivation to the Netherlands. “Naauwkeurige…” was later republished in a series of Latin editions beginning in 1702 under the title “Phytographia Curiosa”. Aside from Munting, two other artists are credited, Joseph Mulder, whose name is on plate 201, and Jan Goeree, who designed the title page art and possibly some of the landscape backgrounds in other plates.