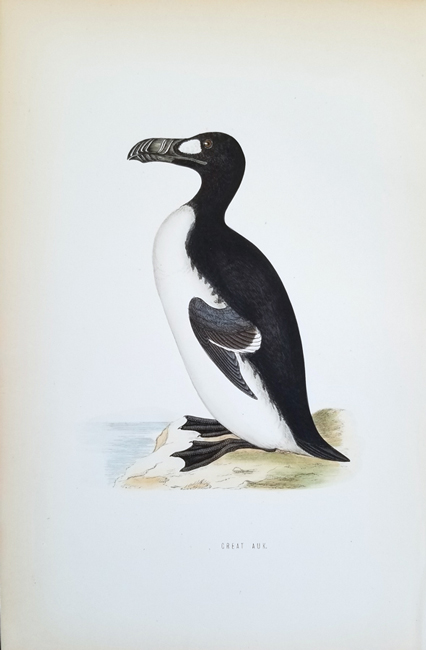 Francis Orpen Morris was born in 1810 near Cork while his father, Admiral Henry Gage Morris, was on active service at the Royal Navys Irish station. Moving to England in 1824, Morris developed an interest in natural history at a young age. He attended Worcester College in Oxford where much of his time was spent studying natural history, including his part time task arranging the collection of insects in the Ashmolean Museum. His reputation as a writer on natural history, especially birds, began to grow and led to his first publication in 1834, “A Guide to an arrangement of British Birds”. In 1844 Morris was ordained a Deacon and became Vicar of Nafferton, where he met and formed a friendship and business relationship with the renowned English printer Benjamin Fawcett, which was to last nearly 50 years. Fawcett approached Morris to write the text for his books, their first great success being “A History of British Birds”, followed quickly by “A Natural History of the Nests and Eggs of British Birds”, and later by “A History of British Butterflies” and “A History of British Moths”.