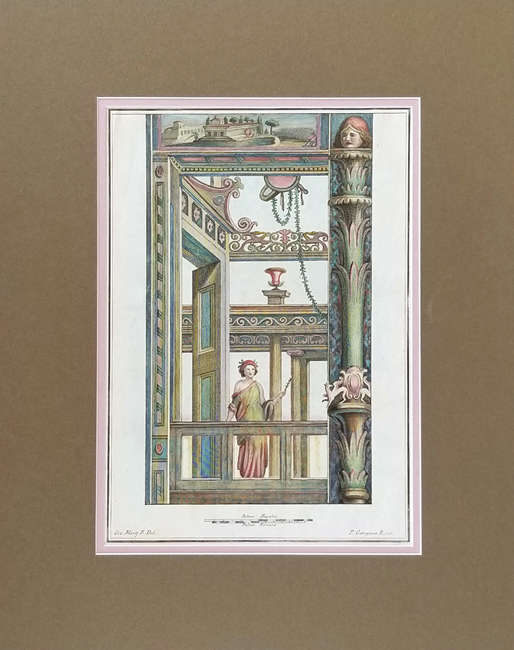 “Le Antichita di Ercolano”, The Antiquities of Heculaneum, was a collection of images of archeological finds from the excavations at the Roman city of Herculaneum. It was published over a 40 year period from 1744 to 1792 as the excavations continued. Many different artists and archeologists of the day worked on it. The Roman cities of Pompeii and Herculaneum were buried by the eruption of Mount Vesuvius on the morning of August 25, 79 AD. It was not until 1709 that the city of Herculaneum was discovered when a peasant digging a well on his property was astonished to uncover large slabs of inscribed marble. The discoveries of Herculaneum and Pompeii fascinated 18th Century Europeans. Images such as these of the art found during the excavations were circulated to across the continent and helped give rise to the neo-classical style.