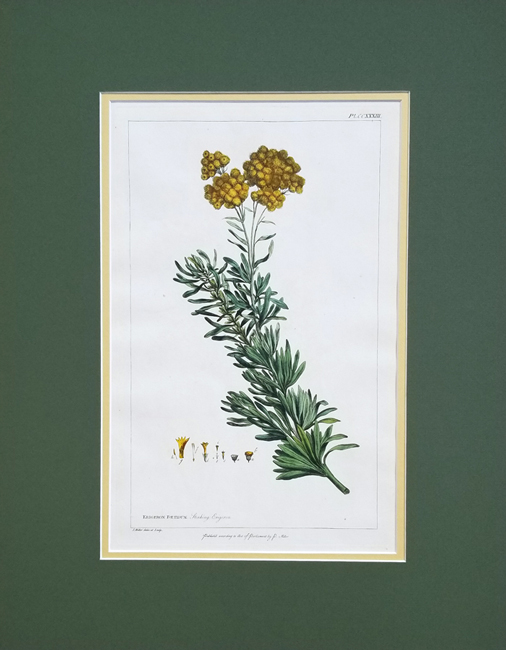 Philip Miller was one of the great gardeners and botanists of the 18th century. From 1722 to 1770, he was curator of the Chelsea Physic Garden, and under his direction it became one of the finest gardens in the world. He imported in plant species from various places, resulting in the need for rapid construction of hothouses and conservatories to contain his new acquisitions. Miller was also dedicated to the accurate illustration of plants, working with some of the great botanical artists of the day, including Jacobus van Huysum, Jan van Huysum, Georg Dionysius Ehret, John Miller, Elisabeth Blackwell, R. Lancake, and Mary Delany. In 1724 Miller published “The Gardeners and Florists Dictionary”or a “Complete System of Horticulture”. From 1731 to 1768, he published successive editions of his popular “Gardener’s Dictionary” series. The works were later released in a second edition, in 1809.