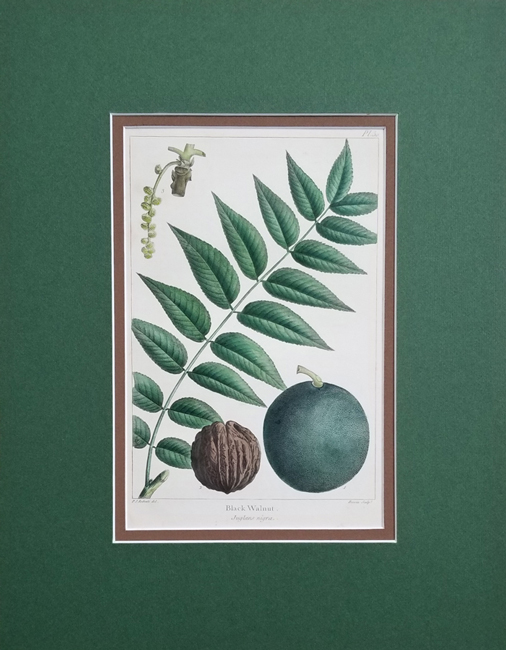 Francois-Andre Michaux and his father traveled extensively in America, conducting a significant survey to gather material for their work on American trees. The outcome being the monumental work, “The North American Sylva”, or a “Description of the Forest Trees of the United States, Canada and Nova Scotia, considered particularly with respect to their Use in the Arts, and their Introduction into Commerce”. This book is a landmark literature, being particularly noteworthy for being the first illustrated publication devoted to the sylva of North America. The book gives descriptions and illustrations of all the trees of the North American forest, from the artic limits to the confines of the tropical circle. While the letterpress for this work was printed in Philadelphia, the fine stipple engraving plates were cut, printed and hand colored in Paris under the direction of the Redoute brothers and Pancrace Bessa. The plates were later imported to Philadelphia where subsequent editions from them were printed.

Prints from the publication, “The North American Sylva”, after Pancrace Bessa