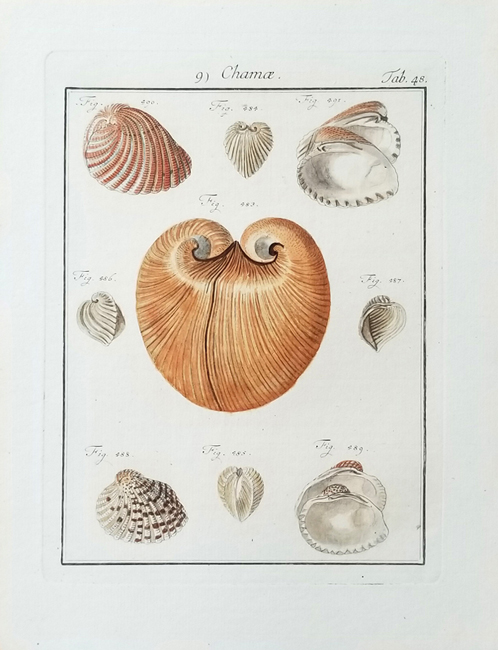 Friedrick Wilhelm Martini was a German physician and naturalist who, along with the Danish Clergyman and conchologist Johann Hieronymus Chemnitz (1730-1800), produced the “Neues Systematisches Conchylien-Cabinet” from 1769 to 1781. This was the first major work devoted to the description and depiction of seashells, and was also the first large scale iconography of shells to be illustrated in color. Martini was credited for writing the first three volumes, while Chemnitz completed the last eight volumes after Martini’s death.

Prints from this publication are very rare and feature original hand coloring.