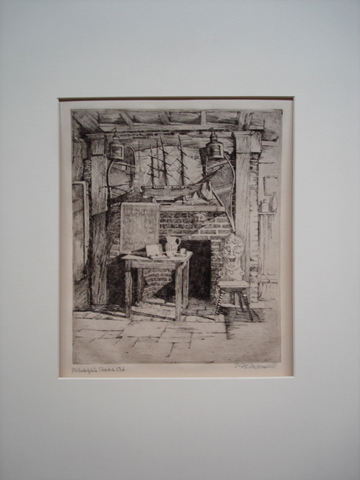 Thomas Norman Mansell was an American architect based in Pennsylvania. He practiced in the mid-twentieth-century in Delaware, Georgia, Kentucky, Maryland, Michigan, Minnesota, New Jersey, New York, North Carolina, Ohio, Pennsylvania, South Carolina, and Virginia under his own name as T. Normal Mansell. He later became a partner in the architectural firm name of Mansell, Lewis & Fugate from 1955 to 1969. Mansell earned his bachelors of architecture from the University of Pennsylvania in 1926, graduating summa cum laude. He won the Arthur Spayd Brook Prize Medal and the Faculty Medal for excellence in design in 1926, and was awarded an honorary F.A.D from Wittenberg University in 1956. He was elected a Fellows of the American Institute of Architects in 1968 and was also awarded a NCARB Certificate. Mansell was the director of the Pennsylvania Society of Architects from 1968-1970.