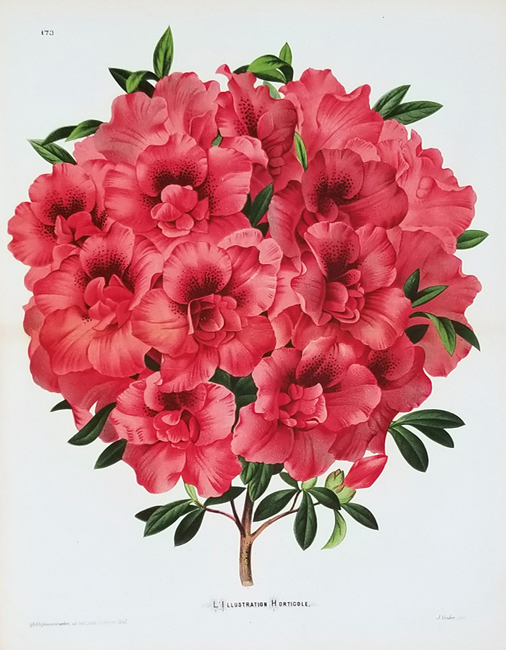 L’Illustration Horticole, one of the finest botanical periodicals of the latter half of the 19th Century, was a collaborative effort of the great horticulturists and field botanists of the day. It was founded in 1854 by Ambroise Verschaffelt, a third-generation Belgian nurseryman, in Ghent, Belgium, and edited for its first 16 years by Charles Lemaire, a prominent botanist and professor. In 1869, Jean Jules Linden, the renowned horticulturist, orchid grower and collector, purchased Verschaffelts nursery and took over directorship of the publication. Its purpose was to educate people about the fascinating plants being gathered from around the world, and hopefully persuade them to buy them from the associated plant nurseries. The series contained illustrations of newly discovered or cultivated species, together with discussions of horticultural history and accounts of the major expositions and scholarly works. The prints were lavishly illustrated and lithographed by some of the best botanical artists and lithographers of the day, such as Goosens, De Pannemaeker and Stroobant