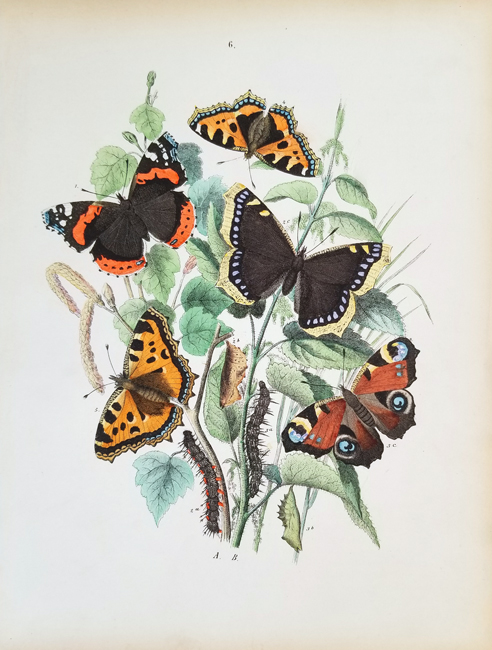 Kirby was born in Leicester. He was the eldest son of Samuel Kirby, who was a banker. He was educated privately, and became interested in butterflies and moths at an early age. The family moved to Brighton, where he became acquainted with Henry Cooke, Frederick Merrifield, and J N Winter. William Kirby became the assistant in the Zoological Department of the British Museum of Natural History, and the co-secretary to the Entomological Society of London. In his work, the European Butterflies and Moths, Kirby beautifully illustrated the life cycle transformations of the butterflies and moths with wonderful scientific precision. These prints are unusual in that the butterfly, chrysalis and caterpillar of each species are artfully displayed on the plant on which it lives and feeds. This work was originally published with 61 hand colored plates.