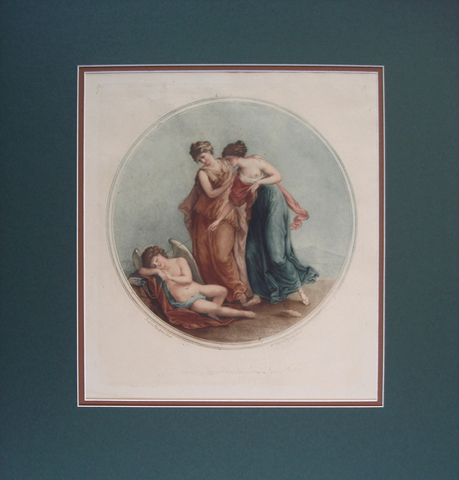 Angelica Kauffman was a child prodigy who was trained by her father, also a painter. From the age of 16 she traveled through Austria and Italy, assisting him with religious commissions as well as painting portrait commissions of her own. After arriving in London in 1766, she became known for her historical paintings, the most prestigious type of painting during the 18th Century. This engraving is among her historical subjects, which were taken from ancient as well as modern history. Kauffman achieved extraordinary recognition for a female artist of her day, and was one of only two female founding members of the British Royal Academy. She spent the latter part of her life in Italy.