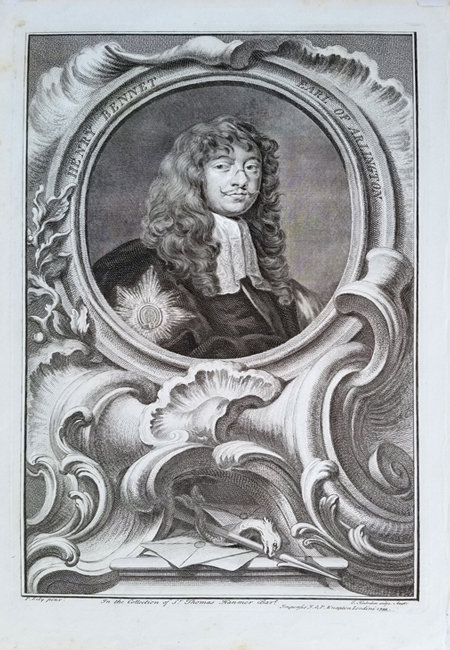 Jacobus Houbraken was a Dutch engraver well known for his portraiture. He learned the art of engraving from his father, Arnold Houbraken (1660-1719), a well respected engraver in his own right. The younger Houbraken quickly evolved a technique which shared some affinity with the portrait engravings of the great seventeenth century French school, most notably those of Nanteuil, Drevet and Edelinck. Houbraken’s name is most closely linked to the massive project entitled, “Heads of Illustrious Persons of Great Britain”, published in parts in London from 1743 to 1752. Working with the historian and artist, George Vertue, Houbraken engraved most of the important representations of Britain’s most noted men from the past. During the years of 1752-59, he assisted the historian Jan Wagenaar on his 21 part Vaderlandsche historie, working for the publisher Isaac Tirion in Amsterdam. His portraits were often set in an oval frame, with a subtitle with the subject’s claim to fame. Under that in small letters, he placed his notes about the original oil portrait.