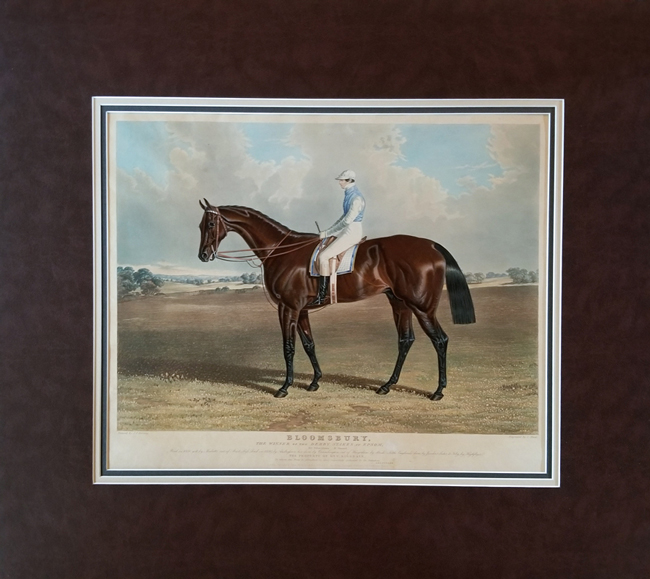 John Frederick Herring Sr. was a renowned animal and sporting painter in the 1800’s. Born in London in 1795, Herring worked initially as a coach and sign painter, and later as a coach driver. In 1833 he was able to study under Abraham Cooper RA, a sporting painter, and took up the genre himself. Herring soon became a horse painter of great repute, with a great understanding of the physical form of the animals he painted. He specialized in racehorses, painting many of the winners of the period. Herring’s portraits of these horses were later engraved by many of the great engravers of the day. Later on in life he turned to farm scenes, and his son J. F. Herring Jr. also produced similar work.