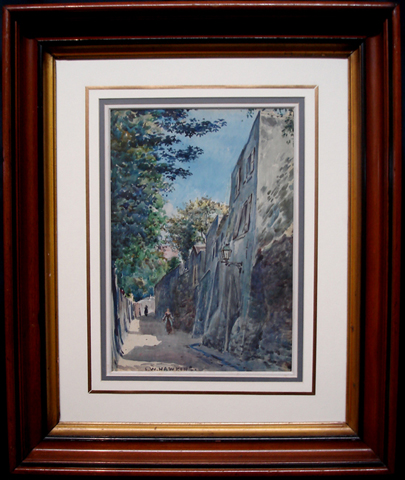 Louis Welden Hawkins was born in Stuttgart, Germany, in 1849. His mother was an Austrian Baroness, his father an Englishman. Hawkins moved soon to France and later took French nationality. Hawkins attended the Académie Julian in Paris. Hawkins rose to fame after his expositions in the Salon de la Société des Artistes Francais. His first works were shown in the Salon in 1881. After that, expositions followed at the Salon de la Société des Beaux Artes (18941911), the Salon de la Rose and Croix (189495) and La Libre Esthétique in Brussels. He spent his last years in Brittany, where he painted mostly landscapes.