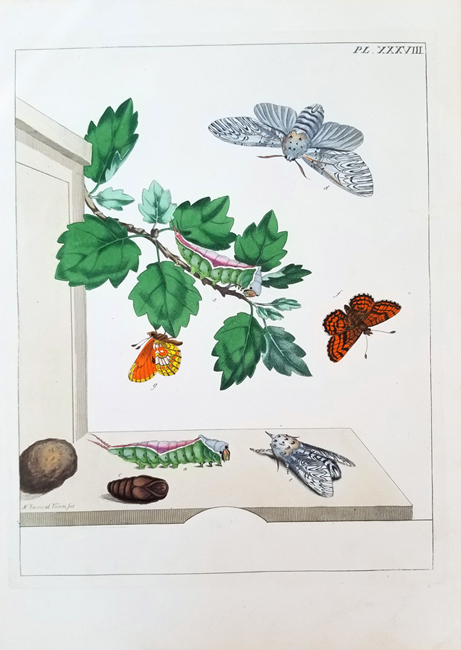 One of the outstanding authors of entomological literature of the Eighteenth Century, Moses Harris was interested in insect study from an early age. He was encouraged by his uncle, who was a member of the first organized society of entomologists in England, the Society of the Aurelians. Harris wrote several works on insect life, and as an accomplished artist was responsible for drawing, engraving, and coloring all his own work, maintaining at all times a high standard of accuracy. An exposition of English insects is considered by many to be Harris’s major scientific work. It incorporates an earlier treatise in which Harris established a classification based on wing venation. However, considered his best work was The Aurelian, A Natural History of English Moths and Butterflies, which presented scientific ideas in highly artistic illustrations.