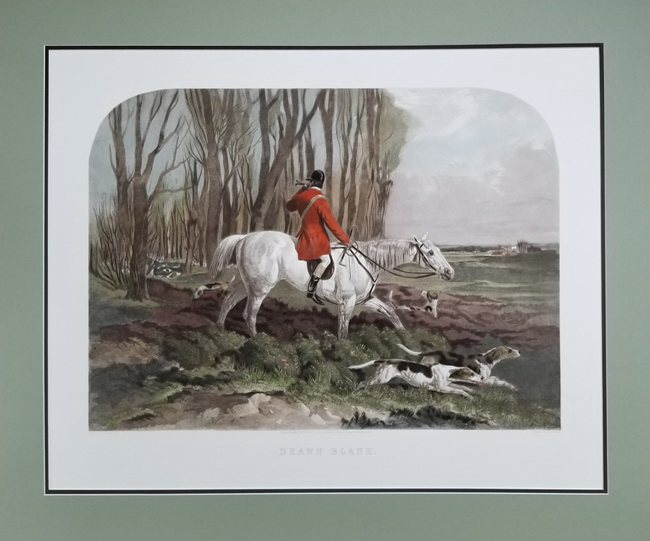 Harry Hall, born in Cambridge in 1816, was a painter of British racehorses. Towards the end of the 1840’s he concentrated on painting horse portraits and other animal subjects, including shooting, poaching and rabbiting scenes. Hall was also a frequent exhibitor at the British Institution, showing his first work there “Interior of a stable with Cart Horses” in 1847, and continuing to exhibit until 1866. However it appears that he favored exhibiting at the Royal Society of British Artists; he first exhibited work there in 1839, “A Brood Mare”, and he continued sending works until 1875, exhibiting 27 works in all. Among the paintings shown were: Portrait of Rhedycinz, ridden by F. Butler Winner of the Oaks at Epsom (1851); The Poacher Disturbed (1857); Rufus, a hunter, the property of John Fairman, Esq. (1861) and Disputed Possession (1875). Working in Newmarket for more than 40 years, Harry Hall received numerous commissions and after Herring’s death in 1865, it appears that he became the most sought after animal portraitist. Among his important commissions were: Portrait of Irish Birdcatcher (currently in the collection of The Baltimore Museum of Art); Iroquios (the first American bred horse to win the English Derby); Sir Tatton Sykes (winner of the St. Leger in 1846), Blink Bonny (winner of both the Derby and Oaks in 1857); Blair Athol (winner of the Derby and St. Leger in 1864) and Count Lagranges horse Gladiateur (winner of the Derby and St. Leger of 1865).