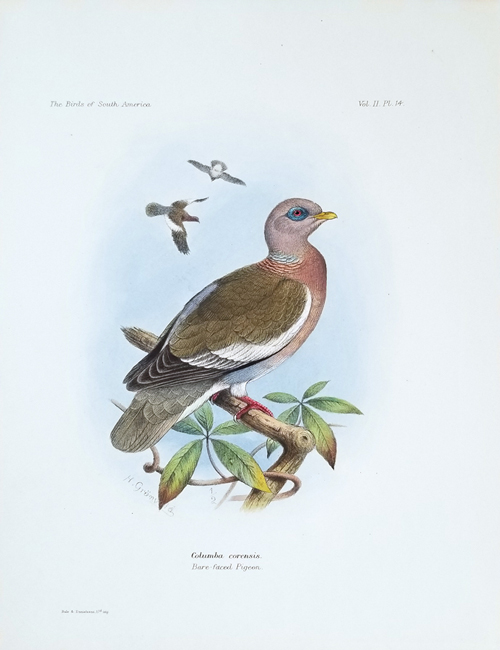 Henrik Gronvold was a Danish naturalist and artist, who from an early age developed an interest in natural history and spent his time drawing the birds and animals around him. As a young man, he studied drawing in Copenhagen, and later worked in London at the Natural History Museum preparing bird skeletons. There, he developed skill as a taxidermist and established his reputation as an artist. In 1892 Gronvold went to America, and in 1895 he joined an expedition to the Savage Islands. Soon after, he returned to London to continue as an artist for the Museum. By the end of the century, Gronvolds work was well represented in scientific literature, and he also had completed numerous plates for Lord Rothschild and produced plates of bird eggs, which were quite unusual and rarely found in early bird books.