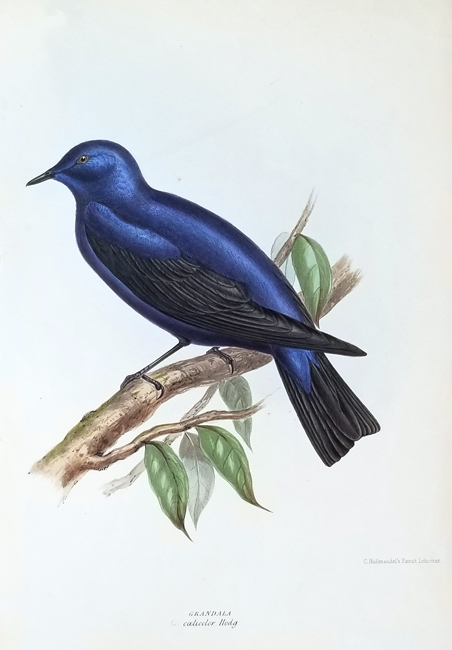 George Gray made major contributions to the study of ornithology over the course of a 41 year career at the British Museum, which he joined as an assistant in 1831, eventually becoming curator of its ornithological collections. He was also a corresponding member of numerous natural history and science academies and societies, as well as being the author of several entomological publications. He also contributed to the English edition of Cuvier’s “Regne Animal” and Agassiz’s “Nomenclator Zoologicus”. His most important work was “Genera of Birds”, a three volume set which was said to have brought the number of recorded species of birds up to date, and was a starting point for much subsequent progress in ornithology. At this point, his list of species numbered nearly 8,000 and was the most comprehensive published up to that time. He added to this work over time, until his “Hand-list of the Genera” and “Species of Birds” enumerated over 11,000 species, as well as recording 40,000 specific names as given by various authors.