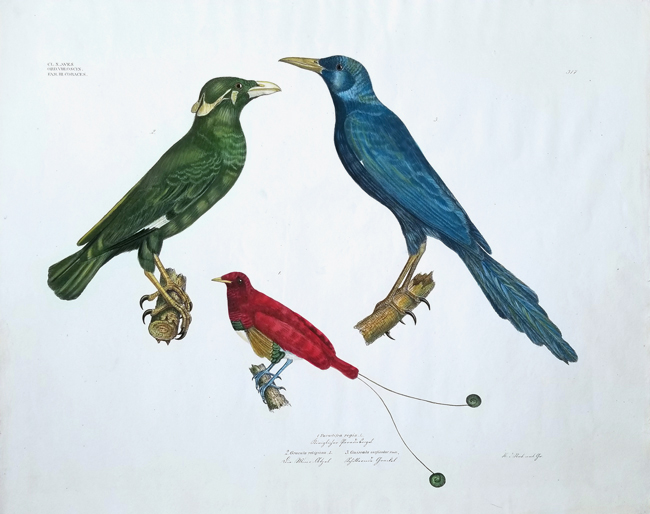 Georg August Goldfuss was a German paleontologist, zoologist and professor. In 1804 he received his doctorate from the University of Erlangen with a thesis on a South African beetle. He also did field research in South Africa. From 1811 to 1818 he was a teacher and administrator in the zoology department at Erlangen. At this time he also became interested in the newly discovered fossils, and was one of the early German paleontologists. In 1818 he introduced the concept of protozoa in science. He was admitted to the Leopoldina, the oldest society of science and medicine in Germany and was made a secretary of the organization in charge of the library and specimen collections. Concerned about the decline of the University at Erlangen, he and others engineered the transfer of the Leopoldina collections to the Rheinische Friedrich-Wilhelms University of Bonn, where he became professor of paleontology and mineralogy. A prolific author, he published numerous books and articles on zoology, and identified new species such as the koala and the Cervidae (deer). Goldfuss is renowned for his major study of invertebrate fossils found in Germany, Petrefacta Germaniae (1826-1844), which remained unfinished at his death, and for Naturhistorischer Atlas Naturalist Atlas (Dusseldorf: 1824-43), a comprehensive illustrated study of animals.