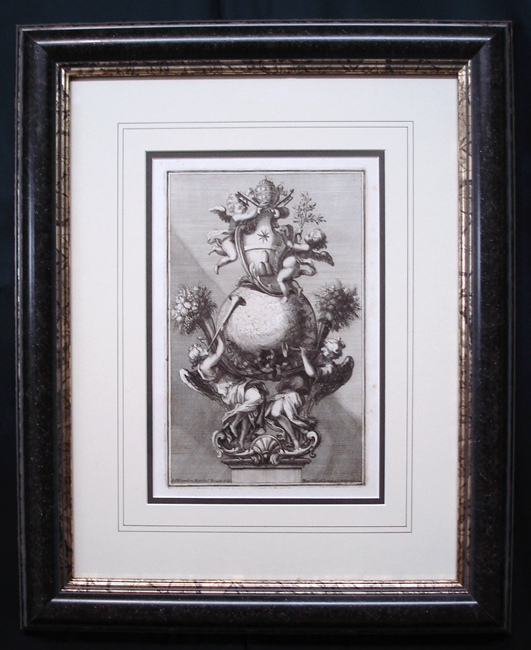 Born in Italy, Giardini was a draughtsman, silversmith, gem carver, and bronze caster during his lifetime. In 1668, he became apprenticed to the silversmith Marco Gamberucci, and soon achieved a prestigious position in the silversmith’s guild. His strong sense of form and technical mastery earned him many commissions from the papal court, and in 1698 was named bronze founder for the Papacy. Giardini’s outstanding reputation is based on his pattern book designs for sacred and secular objects, engraved on copper by Maximilian Limpach, and published in Prague in 1714 as “Disegni diversi”. Later reprinted in Rome in 1750 as Promptuarium artis argentariae”, it contained the finest 18th Century collection of patterns for silversmiths. Reflecting the influence of late Baroque sculpture and architecture, especally the work of Bernini and Francesco Borromini, these patterns were the most important source of inspiration for Roman artistic silver production in the 18th and 19th Centuries.