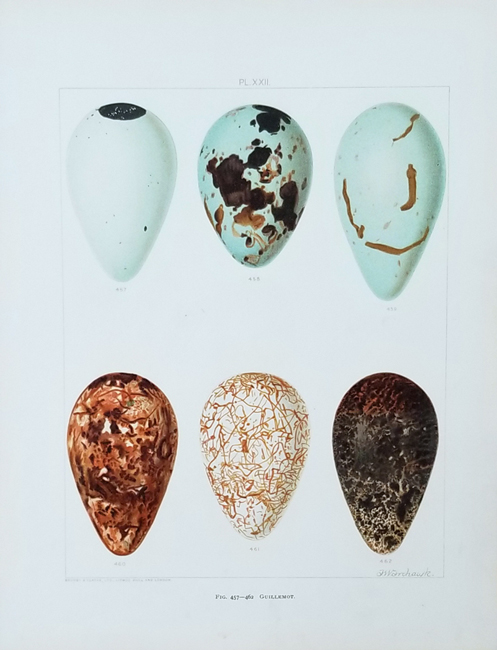 Frederick Frohawk was born in 1861 at Brisley Hall, East Dereham, Norfolk England, and was the son of a gentleman farmer. He took an early interest in drawing and natural history. At the age of 20, he received his first commission from the publication “The Field”, later becoming the natural history editor of that magazine. He contributed drawings for the Natural History Museum, and went on to illustrate numerous books, including Arthur G. Butler’s “British Birds With Their Nests and Eggs”, published by Brumby and Clarke, London, 1910.