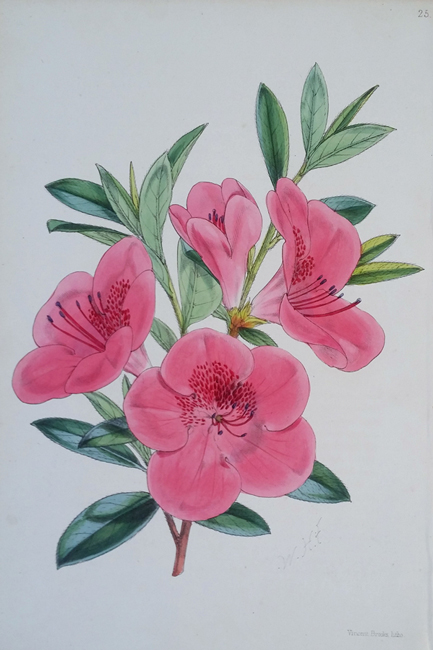 Walter Hood Fitch was a botanist as well as a botanical artist, born in Glasgow, Scotland in 1817. He is considered one of the most prolific of all British botanical artists. Fitch was involved in fabric printing from the age of 17, and took to botanical art after being discovered by William Jackson Hooker, the editor of Curtis Botanical Magazine. He contributed to many noteworthy 19th century botanical publications, and he is noted for his use of very bold colors.