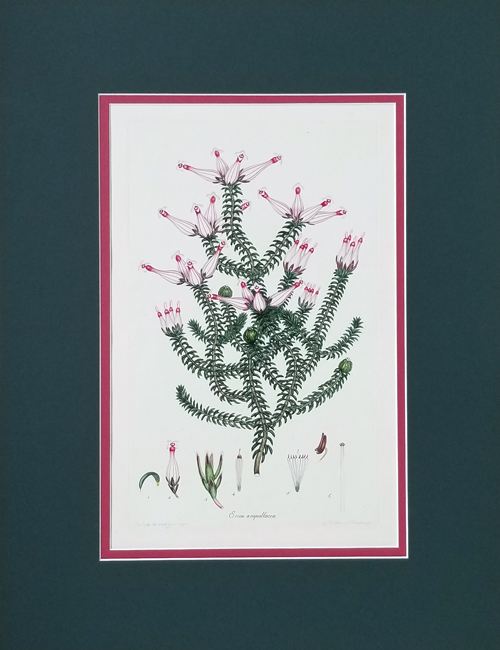 From “Colored Engravings of Heaths”, a multiple volume work published between 1794 and 1830. The plates from this work were drawn and engraved from living plants by Henry C. Andrews himself, who also wrote the text and colored the plates. The work contains specific character, full description, and native origin of growth, both in Latin and in English. Each figure is accompanied by dissections of several parts upon which the scientific distinction has been founded, according to the Linnaean System. Many of the examples cited are from the Cape of Good Hope, although some indigenous to Portugal are also included. Many of the specimens illustrated were cultivated by Lee and Kennedy at the Vineyard Nursery of Hammersmith.

Prints from this publication are rare and feature very nice original hand coloring.