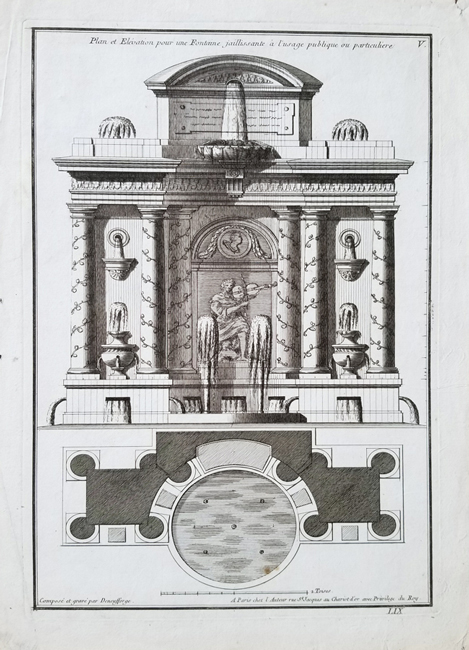 Jean-Francois de Neufforge was a Flemish architect and engraver. He produced his great work, the “Recueil elementaire darchitecture”, 1757-68, as a pattern book containing 900 architectural engravings, which he both designed and engraved the majority of himself. The engravings are a comprehensive series of architectural studies of facades, floorplans, doors, columns, vases, stairways, fireplaces, fences, and other 18th-century French details. This publication, which was used extensively as a sourcebook throughout the 18th century, illustrates virtually every type of building then known and covers diverse topics such as interior decoration, gardens, and construction methods. His designs draw on both antiquity and High Renaissance and included models for the most modest to the aristocratic patron.