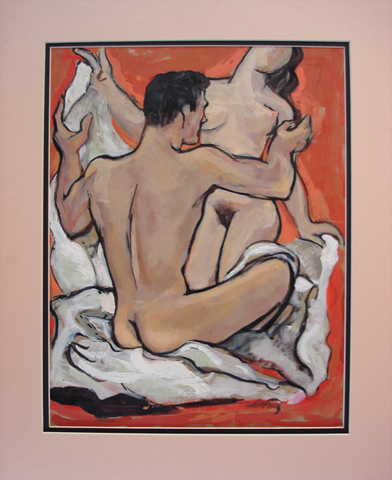 Emlen Etting (1905-1993) was a painter, sculptor, filmmaker, and member of Philadelphia’s elite Main Line Society. He attended schools in Lausanne, Switzerland, and St. Georges in Newport, Rhode Island. After graduating from Harvard in 1928, he studied with the artist Andre Lhote in Paris. During World War II, Etting served in the psychological warfare division of the Office of War Information. He was present at the liberation of Paris and he collaborated with Orson Welles to record the event.