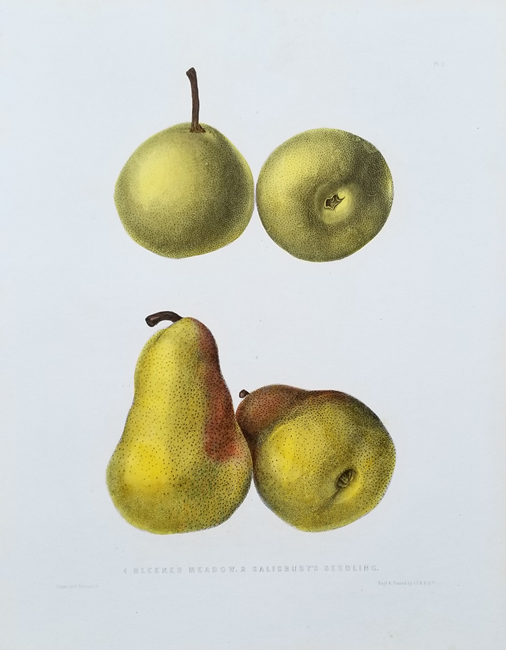 Ebenezer Emmons (1799-1863) was a physician and natural history professor, however his first love was always geology. In 1833, he became professor of natural history of Williams College and in 1836 was appointed Geologist-in-Chief of the Northern District of the Geological Survey of New York State. It was Emmons who named the “Adirondacks” (1838) and “Taconic Mountains” (1844). Emmons’ major work is entitled American Geology (1855-57), a theoretical treatise with illustrations of characteristic American fossils. Emmons also made contributions on agriculture and geology in several volumes of the Natural History of New York commissioned in 1836. The volumes he contributed to were of fruits, vegetables and insects, drawing the plates himself. In later life, Emmons serves as state geologist of North Carolina (1851-60) and conducted a geological survey of that state.