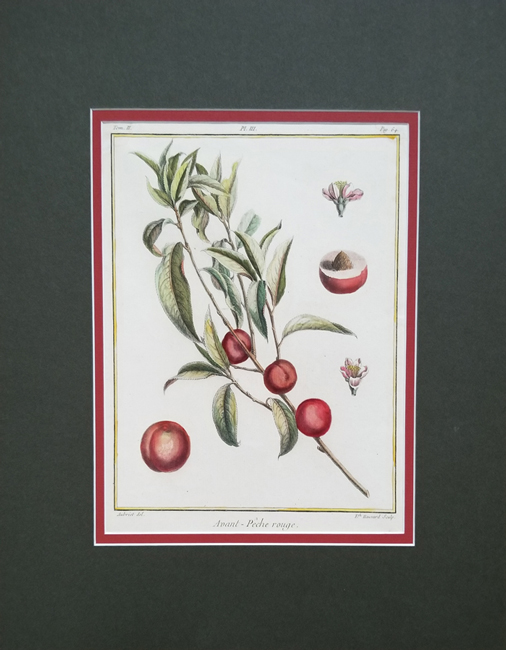 Henri-Louis Duhamel du Monceau came from a wealthy farming family in France and had many interests. After an education in Law at Orleans University, he studied at the Jardin des Plantes, where he discovered the fungus disease affecting the saffron crocus, an important cash crop of the era. This work gained him membership in the prestigious Academie des Sciences. He went on to study trees, especially fruit trees, and wrote many works regarding different aspects of tree cultivation and pruning. He accepted an appointment in 1731 as the Inspector General of the French Navy, which then resulted in works on boat building, rope making and other maritime subjects. His interests were united in attempts to grow trees that would provide the very best material for boat construction. He might be considered one of the earliest conservationists and organic gardeners. Growing over 600 species of trees on his country estate, he espoused the concepts of Jethro Tull, who believed that soil was the basis of health for all that resides therein.